10 Lessons from writing a book! 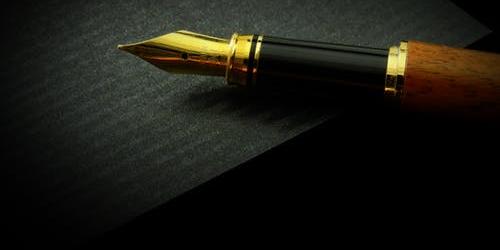 My first book, Unlocking My Mind was released on 18th October 2018. It was the culmination of thousands of hours of hard work, many times of self doubt and more than few episodes of pure frustration. Yet when the physical copy of your book is actually in your hands it’s all worth it. Here’s the top ten things I’ve taken from the whole process:

1. Write about your passion: Believe it or not I had actually decided to write a book a few years previously but failed miserably. I suppose it shows that the desire to do it was there for a long time but back then it just didn’t happen. I can see very clearly now why that was. At the time I had just started up my own business. I was doing ok but when it came to writing the book I was holding myself back because I felt like I had to stay in my lane. That meant writing about fitness, food etc. Yet I knew from working with hundreds of clients, and from my own training, that mindset is the key factor. You can know everything about food and training but you won’t reach your goals if you’re not focused and mentally in the right place to go after the things you want. Last year I felt the time was right to write that book. The beautiful things was the words absolutely flowed once I started typing. Why? Because I believed wholeheartedly in what I was writing, and I was passionate about it. In book writing, as in life, follow your passion.

2. Learn from others: None of us know it all! The best way to move yourself forward is to speak to somebody who has done it before you. I reached out to quite a few authors and asked for advice. Some were completely unhelpful, some never even replied to me, some thought they were above speaking to me! Such is life. But don’t let it put you off, keep asking. There’s always good people out there that are willing to help. There was one guy in particular who was a huge help. He has wrote twelve books himself and our planned ten minute meeting turned into an hour and a half. I was passionate about the project and I think he was bought into it after the first five minutes. That meeting saved me endless hours of research in terms of knowledge gained and contacts obtained. Don’t be afraid to ask for help. I’ve always found the more successful people are, the more helpful they are. They’re successful because they have a good attitude. They’re the people you need.

3. Be disciplined: I think this is something many people struggle with but it was actually the easiest thing of all for me. Years of training has taught me the art of self discipline. To make any progress in training you have to be disciplined, you have to keep turning up and putting the work in. Building a business is the same. And the writing process is no different either. I set myself deadlines and held myself accountable to meeting them. Without doing that I’d still be talking about writing a book, rather than having one on the shelves.

4. Be flexible: There’s a fine line between being disciplined and forcing it. Throughout the course of the writing process there were days when I just wasn’t feeling it. On those days I learned that I was actually better off not writing. I’ve even seen this with social media posts over the years; if I’m not feeling it, the reader won’t feel it either. On those days the quality of my writing suffers. If you’re going to write a book I think it’s probably a good idea to give it your best shot! So on those days where it just wasn’t happening I learned to walk away and come back to it when I was fresh.

5. Expect setbacks: In training, in life, in book writing; nothing will ever be a nice smooth path from A-Z. There’ll always be setbacks, how you respond to them will determine your outcomes. One of the biggest setbacks hit me early on, I failed to secure sponsorship for the book. That didn’t deter me, I decided to put my own money behind it. Was that a risk for an unknown, first time author? Maybe. But I’d rather try and fail, than not try at all. Sometimes you’ve just got to back yourself. I could write a whole blog on the setbacks alone but instead I’m just going to say; expect them, don’t fear them, and don’t let them beat you.

6. Believe in yourself: This can be a difficult one. Here’s something people find hard to believe; nobody saw a single chapter of Unlocking My Mind until my editor got a copy of it a couple of weeks before it went to print. On the launch night of the book the only people that had seen the book were myself and the editor. Not even my closest friends, family or work acquaintances had any idea what was in the book. That’s how difficult it is to put your work out there. There’s always the fear of how it’ll be received, and probably a fear of rejection. Yet in my heart and soul I believed completely in what I had written because I knew it was authentic. It was my truth. Therefore I knew I’d have no regrets over it. Do you know what I would have regretted until my dying day? If I had wrote an airy fairly, people pleasing book. If I had just wrote the words that people wanted to hear to make them feel good. Instead I backed myself and wrote the words that were important to me, and that I felt would benefit people the most. One of the things I’m most proud of is that the book is in my own words. The editor was instructed to check grammar, spelling etc but I didn’t want chunks of the book rewritten. I didn’t want it sanitised. I wanted my words and the meaning of those words to come across exactly as I had written them. Otherwise I feel the heart would have been torn out of the book. That’s probably one of the reasons it was difficult to let the world see the book but if you believe in yourself and in what you’re writing it’ll all work out.

7. Persevere: Linked to the setbacks point above I guess. On any journey, especially if it’s a worthwhile journey, there’ll be numerous occasions when it would be just easier to throw in the towel. To say you gave it a shot but it didn’t work. I believe perseverance is the greatest trait anybody can have. The most successful people have it in abundance. If you keep getting knocked down but keep getting back up, you’ll win eventually. I can’t even begin to tell you how many setbacks and rejections I had in getting this book to market. I couldn’t get a publisher to take it on. I self published. I couldn’t get a sponsor. I put my own money behind it. One author told me I had no chance of getting into the major bookstores, I should concentrate on the small independent bookstores. He told me “forget about Easons, you haven’t a hope in hell of getting in there”. The book is now in Easons stores around the country. Why? Perseverance. Just because somebody tells you that you can’t doesn’t mean it’s true. I banged on doors and spent hours on the phone until Easons and everyone else had my book on their shelves.

8. Break it up: You don’t turn up to a marathon and just run 26.2 miles on the day for the fun of it. You put in a lot of smaller runs first and gradually the mileage accumulates until you’re capable of running a big chunk. Writing a book is no different. It needs a lot of time and patience, editing, rewriting and sometimes deleting. But eventually each chapter gets done and before you know it an accumulation of chapters turns into a book. Sometime in life we overwhelm ourselves by focusing too much on the massive end goal. Almost everything is manageable if it’s broken into manageable pieces.

9. Break it down: Long stints of writing don’t work for me, I need breaks. Training became more important than ever to me during the writing process for the simple reason that it took me away from the writing process! I’d break the writing down to small time periods. Write a little, maybe go train for an hour, have some lunch, come back and write a little bit more. That kept me fresh and kept the enthusiasm high. It also kept me sane. One thing you may have never considered about writing; it’s damn lonely! There were times when I just needed to get away from the laptop and talk to another human being. Or get to the gym and get moving the body. Actually that was pretty much every single day. Getting those writing breaks was essential for me. I don’t believe the book would have been good at all if I wasn’t taking those breaks.

10. He who dares, wins! Some will ridicule you, some will mock you, some will make sarcastic comments, some will tell you you’re not capable of doing it and others will hope you don’t do it. One thing I’ve really learned along the way is that you don’t need a fan club. If you’re mentally strong enough to block out the noise and believe in yourself fully you’ll achieve whatever you want. Despite all of the challenges, setbacks, moments of frustration and moments of doubts I’ve published a book and that’s something that can never be taken away from me. There were certainly tough days but overall I actually really enjoyed the whole process and that feeling when it all comes together is incredible. When you finally see the book, not just the fifty chapters but everything else too. The front and back covers that the printers wrecked our heads with over getting the dimensions right. The barcode that had to be obtained from New Zealand. The front cover, the photoshoot was done over two days. One on a baltic cold, wet evening on Rosses Point beach. The other in the nice cosy environs of the studio. So much goes into it but it’s more than worth it in the end. As with most things in life, anything that’s worthwhile won’t be easy.

I just want to finish by saying thank you to everybody who has purchased Unlocking My Mind. The feedback and reviews have been absolutely amazing and I appreciate it so much. Thank you.

Unlocking My Mind is widely available in bookstores nationwide and online via alanwilliamscoaching.com